李时珍 Li Shizhen, a famed doctor from the Ming Dynasty (1368-1644) was a true giant who “gave medicine to everyone in need and brought back lives free of charge”. 李时珍 Li Shizhen’s contribution is still echoing through the lives of ordinary people across the world.

Born into a medical family, Li Shizhen was highly influenced by his grandfather and father, both famed and skilled medical professionals and authors of medical texts since he was a child.

Because physicians received little respect during that period of time, 李时珍 Li Shizhen’s father insisted that his son took a different path in life and entered officialdom. To accomplish that goal, he hired a famous Confucian scholar instructing him to prepare his son for the Royal exams. To both father and son’s dismay 李时珍 Li Shizhen failed three examinations and his road to officialdom reached its end even before it began.

However, deep in his heart 李时珍 Li Shizhen always knew that he wanted to be a healer. After numerous discussions and even composing a poem on the topic, 李时珍 Li Shizhen convinced his father to teach his son everything he knew.

In a short period of time 李时珍Li Shizhen gained his experience and became a famed and highly skilled physician who consistently cured people with incurable cases.

The Pregnant Woman & A Boy

One day 李时珍 Li Shizhen’s path crossed with a funeral procession which peaked his curiosity. He noticed blood dripping from underneath the coffin. He asked to take a look at the deceased. After some convincing, 李时珍 Li Shizhen was allowed to examine the woman who according to the persons present had passed away from difficult labor. 李时珍 Li Shizhen immediately applied an acupuncture treatment to the woman, reviving and assisting the female in giving birth to a healthy son right in the middle of the street.

Another famous story speaks about a child who insisted on eating pieces of burned wick collected off of candles. When he was not allowed to eat it, he fainted. Many physicians examined the child but no one was able to help him or even diagnose his condition. After a short observation, 李时珍 Li Shizhen explained to the boy’s parents that the child had worms in his stomach which needed the substance from the candle wicks to continue to live.

He made an herbal formula for the boy to drink. The child took one dose of the tea and just a couple of hours later, threw up worms. 李时珍 Li Shizhen then gave the boy another herbal formula which assisted the child with his recovery. After this treatment the child never again asked for the pieces of burned wick to eat. Declining a handsome reward, 李时珍 Li Shizhen insisted that it was his duty to help.

During many years of acting as a physician, 李时珍 Li Shizhen observed that written medical material available to doctors of that time period was not always clear, complete and correct – which he found bothersome.

"Doctor is a sacred profession. If a doctor uses wrong medicine, it will be a matter of life and death"

And so 李时珍 Li Shizhen made a choice to set out on an arduous journey that lasted close to 30 years to test, investigate, collect and organize medicinal herbs and prescriptions. In the late 1570s, the Compendium of Materia Medica was born.

This colossal work is considered the most complete and comprehensive medical book ever written in the history of Chinese medicine. The text has almost two million characters and includes information on herbology, biology, chemistry, geography, mineralogy, geology, history, mining and astronomy. Some 1,800 medicinal substances and over 10,000 prescriptions were recorded in the text.

李时珍 Li Shizhen did not live to see his work printed. His sons published the Compendium of Materia Medica several years after their father’s death. The work quickly became what would today be called a best seller and was translated into Latin, Russian, Japanese, English, German and French. It was highly sought after all across the world.

Charles Darwin, a well-known English naturalist, geologist and biologist; considered this work an encyclopedia from ancient China and referenced it often. One of the six remaining original copies of the book is located in the U.S. Library of Congress.

In 1951 the World Peace Council named 李时珍 Li Shizhen one of the legends of the ancient world and Compendium of Materia Medica was added to the UNESCO’s Memory of the World Register.

In 2015 Tú Yōuyōu, a physician from China, received a Nobel Prize in Medicine for her research on Artemisinin, a drug used to fight malaria. Artemisinin is extracted Artemisia annua, sweet wormwood, an herb used in Traditional Chinese Medicine and a prescription for treating chills and fevers from malaria listed in 李时珍 Li Shizhen’s Compendium of Materia Medica.

Today 李时珍 Li Shizhen’s image appears at every traditional medical college in China and in any illustrated book about the history of Chinese medicine. The icon’s image is even engraved on a granite wall at the Moscow State University of Russia next to other world famous scientists like Newton and Darwin.

"The universe is my mind, and my mind is the universe." 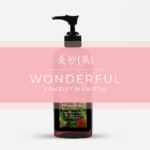 Wonderful: A Facelift in A Bottle 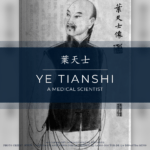 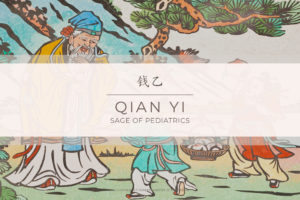 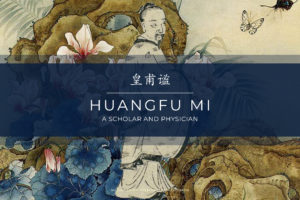 Huangfu Mi: A Scholar and Physician 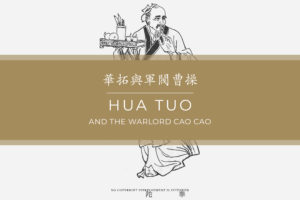