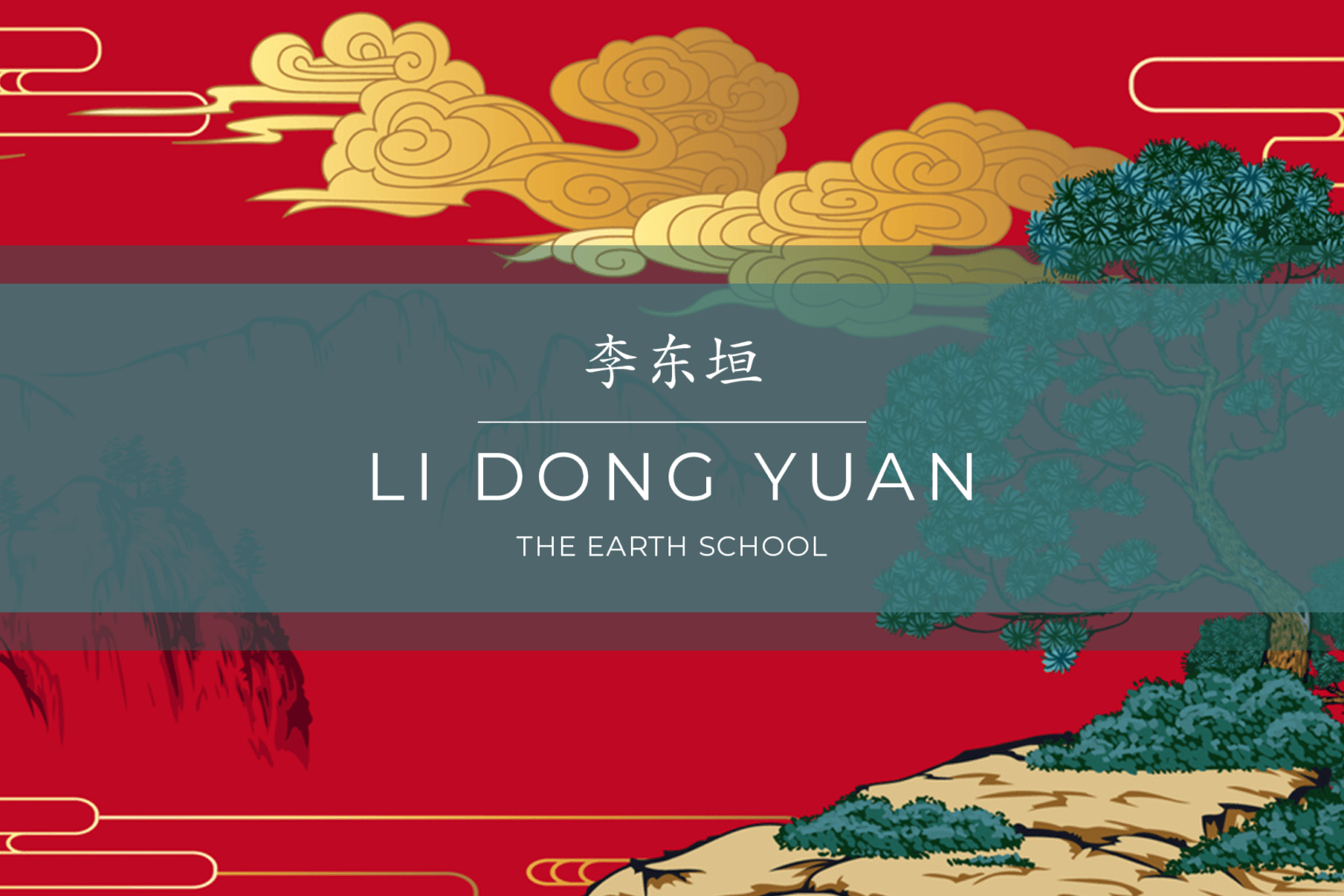 His name has been memorialized alongside legendary physicians such as 劉完素 Liu Wan Su (Cold and Cooling School), 張志和 Zhang Zi He (School of Attacking and Purging), and 朱丹溪 Zhu Dan Xi (Yin Nourishing School).

These Four Great Masters of Chinese Medicine shaped unique approaches to the causation, prevention and elimination of disease. All four were not afraid to challenge the existing medical framework. In doing so they innovated and brought forth revolutionary ideas and schools of thought, ushering in a renaissance of Chinese Medicine.

李东垣 Lǐ Dōng Yuán is considered the greatest of the four masters and his book 脾胃论 Pí Wèi Lùn, or Treatise on Spleen & Stomach, is one of the most important medical written masterpieces in the history of Chinese medicine.

李东垣 Lǐ Dōng Yuán, also known as Li Gao, came from a wealthy family. He is believed to have been a talented child, calm and quiet and someone who loved to study. Regardless of his high societal status, 李东垣 Lǐ Dōng Yuán was a young man of elevated morality who aspired to always maintain honesty and decency.

When 李东垣 Lǐ Dōng Yuán was 20 years old, his mother passed away from an illness due to her physician’s malpractice. Heartbroken from losing his mother and not being able to save her, 李东垣Lǐ Dōng Yuán set his mind on studying medicine and becoming a physician.

His teacher, the famous physician 张亓素 Zhang Yuansu agreed to teach Li Gao medicine after the young man traveled 400 miles and paid Dr Zhang a handsome sum of money to be his disciple. His strong educational background helped him in his apprenticeship and several years later 李东垣 Lǐ Dōng Yuán became a skilled physician.

It took 李东垣 Lǐ Dōng Yuán no time to build his impeccable reputation which soon surpassed that of other physicians’ including his teacher. Dr Yuán was considered an expert diagnostician and treatment strategist, who excelled in moxa therapy, herbology and food therapy.

Medical professionals during this time approached each one of their patients individually. It was also widely known that various factors far beyond the physical symptoms contributed to illness and had to be considered and evaluated on both the individual and collective levels.

Master 李东垣 Lǐ Dōng Yuán, also noted that a patients’ emotions, such as anger, joy, sadness and grief, triggered by lifestyle and outside factors such as famine, epidemics and poverty had a huge impact on the way illnesses manifested in the body.

During the Jin & Yuan Dynasties China was conquered by northern tribes as well as the Mongolian Empire. The land became plagued with epidemics of influenza as well as respiratory and gastrointestinal diseases.

It was during this time that Dr. Yuán became known for being noble. He dedicated himself to treating whole communities of people that were badly affected by the upheavals of being a conquered nation.

李东垣 Lǐ Dōng Yuán insisted that extreme stress from grief, loss of life, impure water, malnutrition and lack of shelter were the cause and this resulted in an imbalance of Qi in the Stomach and Spleen organs, both Earth Elements in Traditional Chinese Medicine.

As a result of all of 李东垣 Lǐ Dōng Yuán’s findings and conclusions, Dr Lǐ developed his own school of thought called “Invigorating the Earth” and founded the theory of spleen and stomach. He believed that the spleen and stomach were the center from which all diseases originate, arguing that food, emotions and lifestyle affect the body’s internal Qi.

According to 李东垣 Lǐ Dōng Yuán, weak digestion leads to exhaustion. Dr Lǐ emphasized that a distressed stomach and spleen affect one’s ability to problem solve and use intellect. He explained how such disharmony could lead to a tendency to over-ruminate and even failure to act on decisions.

“Dietary irregularity and excessive consumption of cold or warm foods damage the Spleen and Stomach. Joy, anger, worry and fright weaken the Yuan Qi. If the Spleen and Stomach are depleted and the Yuan Qi is weakened, Fire of the Heart becomes excessive on its own. This Fire of the Heart is a Yin Fire. It starts from the Lower Burner and links with the Heart above. The Heart does not rule personally, rather the Minister Fire is its deputy. The Minister Fire is the Fire of the Pericardium (Bao Luo) developing from the Lower Burner. It is a “thief” of the Yuan Qi. This Yin Fire and the Yuan Qi are mutually opposed [cannot occupy the same place]: when one is victorious, the other is the loser. When the Spleen and Stomach Qi becomes empty, their Qi flows down to the Kidneys and Yin Fire has a chance to overwhelm the Earth. Because of this, with a Spleen pathology, there is raised Qi with breathlessness, fever, an overflowing pulse, headache, thirst. There is a feeling of cold and of heat. As Yin Fire surges upwards, there is raised Qi with breathlessness, fever, headache, thirst and an overflowing pulse. As Qi of the Stomach and Spleen sinks, Gu Qi cannot rise and float. Therefore, there is no Yang to sustain Ying and Wei Qi. As these are unable to withstand Wind and Cold, there is a feeling of heat and of cold. All this is due to a deficiency of the Stomach and Spleen. The treatment of this condition is to use pungent, sweet and warm herbs to strengthen the Centre and lift Yang, together with sweet and cold herbs to drain Fire. The use of bitter and cold herbs is absolutely counterproductive.”

Many still regard李东垣 Lǐ Dōng Yuán as one of the greatest herbalists of all time. Dr. Lǐ was a master at knowing how to direct an herb’s function either upward or downward and even how to target a specific organ with it once the herb was inside the body.

The foreword to 李东垣 Lǐ Dōng Yuán’s 脾胃论 Pí Wèi Lùn, or Treatise on Spleen & Stomach was written by his friend 元好問 Yuán Hào Wèn. In the foreword Mr. Wèn recalled a tragedy that happened several years earlier. During one of the long Mongolian sieges, citizens of one city ran out of food and began eating dead human flesh. That summer, a winter-like weather descended upon their city and an epidemic which followed killed almost a million people in just two months. Mr. Wèn believed that many lives could have been saved had the local physicians did not treated people for “cold damage”. Wèn emphasized that Dr Yuán’s theory of spleen and stomach should be embraced to avoid future tragic mistakes.

李东垣 Lǐ Dōng Yuán had several disciples who continued his work after his death. Many famous doctors of later generations also learned from 李东垣 Lǐ Dōng Yuán school of thought and further developed his theory “Invigorating the Earth”.

李东垣 Lǐ Dōng Yuán was an avid proponent of self cultivation and nourishment of health in order to maintain well-being. He inspired people to live a proactively healthy life.

"Knowing how to treat the center brings all networks into balance."

Don't Suffer in Silence, GET Relief! 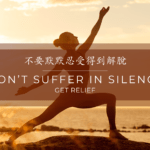 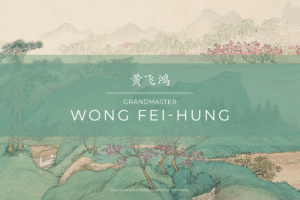 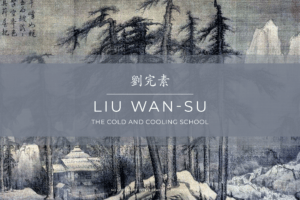