In many parts of the Western Hemisphere it is “Back to School” time. If you follow the Ancient Chinese calendar you will also know that the solar term 立秋Lì Qiū, translated as “autumn begins” has just commenced and is a transitional period of the year marking the change from summer to fall.

In certain mountainous regions of China people follow the tradition of writing the following saying on a red paper and attaching it to their front door:

In either case, it is the PRIME TIME to boost your Zheng Qi (the body’s ability to resist disease and exogenous pathogens, read more about Zheng Qi here). Why not do it effortlessly and with ease by using prevention?

The “黃帝內經 Huangdi Neijing”, known in the West as “The Yellow Emperor’s Classic of Internal Medicine”, was put together more than two thousand years ago and is still regarded as a classic of Chinese medicine.  It elaborates on whether or not external causes lead to illnesses; determined by a person’s internal vital energy and the strength of their Zheng Qi.

This timeless canon emphasizes that boosting one’s vital energy can prevent illness. Throughout the text people are encouraged to take preventative measures before they get sick, seek treatment early on if they have symptoms of illness, and take steps to maintain their well being. In other words, protect yourself and your family now!

Back in early 2019 Si Jin Bao introduced the newest addition to our all-natural, alcohol free, kid-friendly, and vegan internal decoction line which has been helping families stay happy and healthy across the world for over two decades.

At Si Jin Bao we believe that giving your body the tools necessary to function efficiently and flawlessly will lead to balance and harmony within the body.

It is easy to get a thousand prescriptions but hard to get one single remedy.

“We have been using IMMUN-A-TEA for over a year now to boost our immunity. It has worked great for our family. I have IBS and try to stay away from supplements due to how sensitive my system is and I find what works for most, does not work for me. None of us including my children had any side effects. It is great fo children who can’t swallow capsules, sensory aversions to textures, and sensitive to tastes. You cannot taste this at all when mixed with liquid. It is also simple and convenient, only once per month for 3 days. We have not been sick in over a year now. Elderberry is great to boost immunity and kids respond to taking it in the gummy form. However, why take gummy junk every day when you only have to take the IMMUN-A-TEA once a month for 3 days? You cannot go wrong with the cost either as it is inexpensive!” 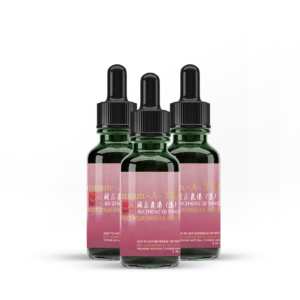